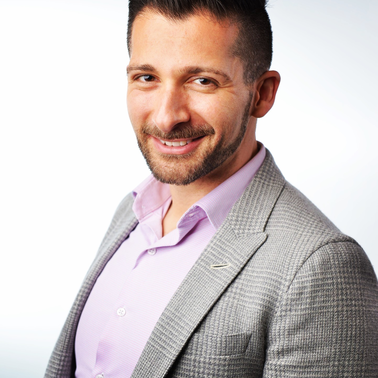 Michael Jacobs has pursued a variety of interests that have led to his passion for the treatment of audition anxiety. He has a decade of experience as a professional musical theater performer, 15 years of experience as a voice teacher and vocal coach, and is currently completing his PhD in Clinical Psychology at Hofstra University.

Michael received classical voice training starting at age 13. His professional performing career began in 2003. Throughout the following decade, he was fortunate to have the opportunity to perform musical theater, pop, rock, doo wop and other styles of music in NYC, across the US and internationally. ​
​
Michael's journey to becoming a celebrated NYC vocal technique teacher began at an early age. Always struggling, and working through his own vocal issues has helped him to become a better voice teacher. As one of New York City's top voice teachers, Michael works with students from seasoned Broadway professionals and recording artists, to beginners who want to improve singing for pleasure.

Michael has experience with dancers, singers, and actors- both men and women- of various ages and voice types. He has even helped postoperative students recover from vocal surgery and has instructed students recovering from vocal damage. He is a seasoned New York musical theater technical voice teacher and performer. He works primarily in NYC, at his studio in midtown Manhattan as well as via Skype.

In 2010, Michael began training therapists across the country in CBT (Cognitive Behavioral Therapy) for psychosis and Group and Family-Based CBT for the prevention of paranoia. Michael started pursuing his PhD in Clinical Psychology in September of 2015 at Hofstra University. He has been able to pursue his combined interests in psychology and theater through research. Both his thesis and dissertation projects involved the adaptation and testing of an acceptance and commitment therapy protocol to treat audition anxiety in professional musical theater performers.